Super Bowl Ads 2013: What Did Others Think

Last week I made a short video, asking a few people in the BYU-Idaho Center what they thought about this year’s crop of Super Bowl ads. I thought I’d go ahead and post the video I made here. Enjoy! I’ll be posting my own thoughts by the end of the week (spoiler alert: I’m not super impressed).

It’s almost Black Friday (which has kind of spilled over onto Thanksgiving night now), and that means there are tons of great deals out there on cameras and accessories! Here’s a breakdown of (mostly) in-store deals from various national retailers on photography gear. I’ve divided it into individual products and categories rather than by store, because many retailers have the same things on sale.

This information is based on the in-store deal circulars. Some of these deals may be available online, but most aren’t. You’ll have to do your own research on that. All information is provided as-is. I may have made mistakes. Some of these might not even be very good deals; I simply didn’t check to compare against normal prices. END_OF_DOCUMENT_TOKEN_TO_BE_REPLACED 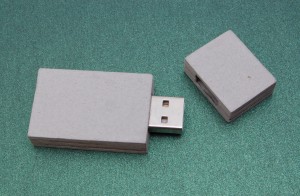 First things first, I’m writing this post because USBMemoryDirect.com is running a promotion where you can get a free 2GB flash drive. You can either talk about the promotion on your own website, or you can simply share their promo page on Facebook, Twitter, or Google+ to enter to win one of 100 drives. 2GB isn’t a very large flash drive size anymore, but it is large enough for the apps I’m about to share!

I’ve long been a proponent of portable applications. I used them all the time in high school so I wouldn’t have to use Internet Explorer (I even used a portable version of Firefox from a CD that a friend of mine developed). I later found it useful when I used a homebrewed version of Paint.net (it wasn’t very portable though; it just didn’t require installation). Long story short: a flash drive with your own apps on it can be very helpful. So here are 5 essential portable apps (with a few bonuses thrown in) to put on a flash drive. I’m focusing on the PortableApps.com platform on Windows, though some of these apps are available in Mac flavors as well. END_OF_DOCUMENT_TOKEN_TO_BE_REPLACED

Sometimes I just don’t understand people. I have a roommate that, for reasons unknown, really like the CW show The Vampire Diaries. Being in the same apartment and not wanting to stay in my room, I have had the misfortune of watching several episodes of this another-teen-vampire-soap-opera show. (Oh, the wonderful effects Twilight has had on our pop culture landscape. That was sarcasm if you couldn’t tell. At least these vampires don’t sparkle.) What’s even more confusing, is that I’m a guy. And my roommate is a guy. The only redeeming quality I can see about him liking The Vampire Diaries is that he can talk with girls about the show. (It may actually be a brilliant strategy, but I need more evidence before deciding on that.)

From the several episodes I’ve seen, there are several common occurrences. This has led me to come up with a game based on the traditional sarcastic drinking games out there. Personally, I have a not-so-great tolerance to caffeine, especially in large quantities, so doing this game with Red Bull or Monster would be an appropriate punishment for me for watching this show even once. But it could be done with a number of things. I’ll refer to quantities as “hits,” so you can substitute in shots of energy drinks, or bites of chilis, or drops of Rooster Sauce, or anything else. Or, if for some unknown reason, you’re a fan of the show, you could do enjoyable things like shots of Mountain Dew (yum)! So here’s a list of some common occurrences and what number of hits they should afford. This list is a work in progress, so suggestions are welcome!

A list of common happenings and the number of hits they afford:

This should be more than enough to get you totally messed up on the average episode. Even if you just take shots of water, you’ll be needing a bathroom break by the end of an episode! This game is only recommended for watching one episode at a time. If you do a marathon, you’ll probably end up taking a trip to the hospital. Even if it’s just water.

Note: I don’t encourage drinking alcohol in any way, so don’t actually do this game with alcohol. Especially since it seems like the target audience for this show isn’t old enough to drink legally. Don’t do it with anything else either. You would seriously be in trouble taking anything with this game. Seriously, these are all very common occurrences. This is just for entertainment purposes and to make fun of that show. Have fun! 🙂

Despite the rapid growth of Twitter, many people still don’t have an understanding of what Twitter is and how it works. This guide seeks to correct that.

END_OF_DOCUMENT_TOKEN_TO_BE_REPLACED

Offing the Ophelia Within

Over the course of the last few weeks I’ve been working on a paper for my Advanced Writing class (they say advanced, but it’s a 201 class). The goal with this essay was to use some of the essays we’ve read over the first month of school and synthesize them together.

My essay is entitled “Offing the Ophelia Within.” I explain what the title means within the first several paragraphs of the essay, but basically the paper is about making your own decisions, particularly within education. I’m really quite proud of this essay and so that’s why I’m posting it here. So after the jump is my full paper (including the sources). If anyone actually reads this, I’d encourage comments because I’m always looking to improve my writing (though any criticism without any constructiveness will face the ban-hammer).