I haven’t been playing very many video games lately. Sure, I got sucked into Fallout 4 for about 40 hours, but then a whole lot of nothing. It’s time to break out of that. It’s time to actually play a few of the (very) many games that are lying untouched in my library.

4 in February is a yearly event, started by (the now defunct) Joystiq, challenging people to complete four unplayed video games during the month of February. The idea isn’t to go buy four new games, but to make it through four that you already have, but haven’t gotten around to.

With that in mind, it’s time to tackle a little of my backlog. Here’s my 4 in February.

Rise of the Tomb Raider

Conveniently, Rise of the Tomb Raider makes its way onto PC on January 28th, just a few days before the start of February. Given just how much I love the Tomb Raider reboot (I’ve played through it twice), it’s no surprise that I want this one on my list to beat in February.

It’ll be very nice to look at as well – this Christmas I upgraded my PC with a new GTX 970, and that’s the card for the recommended spec!

That wasn’t quite as long as I expected. It only took about 12 hours to complete, and I powered through it in just 3 days. I streamed the whole thing – check out the recordings to the left!

Just Cause 3 just came out, but I think I’m going to wait for that to go on a better sale. In the meantime, Just Cause 2 is languishing in my Steam library, not even 2 hours played. I don’t remember much from the brief time I’ve already spent with the game, just that I think it was fun, and that it sure looks like it’ll be a lot more fun when I dedicate a proper amount of time to it.

Remember that great website HomestarRunner.com? The one that’s showing signs of coming back to life? Well, back in 2008 they partnered with Telltale Games to make a series of point-and-click adventures! This was back before Telltale’s games were basically just dialog trees and tough moral choices – they were legit point-and-clicks. I did play most of the first episode at one point, but there’s no way I remember how to do it at this point. It’s broken into 5 episodes, so I think I’ll just play one all the way through each night till I finish it. 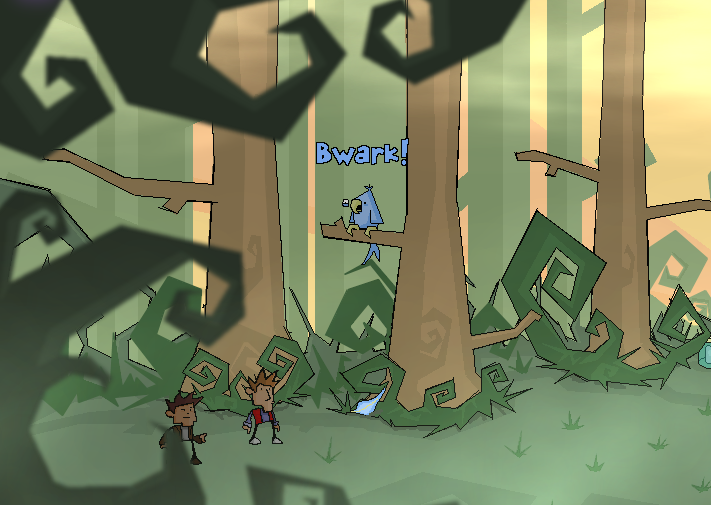 This is actually a sequel to the studio’s previous game Ben There, Dan That, but I won’t play that one first unless I’m making really good time on the others during the month. It’s an absurd comedy point-and-click adventure game, but most importantly it’s kinda short. It’s only about 6 hours long according to user submissions at How Long to Beat. With two big AAA games in my lineup this month, I’ll need a shorter one to serve as a palate cleanser.

So there it is. The four games I’ll be trying to tackle in February. I think I have a good mix, even though two of them are point-and-click adventures. I’ve got a little snack-sized game, an episodic game with easy stopping points, a sandbox mayhem generator, and an epic action adventure. I’ll probably be streaming my time with these games when I can on my Twitch channel (or maybe YouTube instead). We’ll see how I did on March 1st!